From 0 to 5K with #RunDisney & The Avengers

If you know me in real life, you might know that there are three things I’m typically not a big fan of: waking up early, exercising and birthdays. So naturally when I was invited to participate in RunDisney’s inaugural Avengers Half Marathon at Disneyland, which was scheduled to begin at 5:30am on my birthday, I rejected the concept in my head before I even knew what it was really about. But then I found out about a 5K race being run the day before the half marathon and actually gave it a second thought, and then a third thought, before accepting the invitation/challenge. Oh, did I mention this call was 9 days before the event? 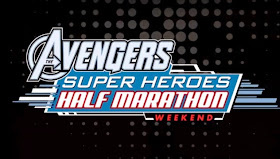 So why would I jump blindly into something like a 5K with no notice? Because I had to. No, neither Captain America nor Mickey Mouse forced me to run, my sons did. It occurred to me over the summer when we’d take our nightly family walks after dinner that I was having trouble keeping up with my two boys. Kids love to run, especially after a meal that has refilled their gas tanks, and mine love to sprint back and forth down the blocks to burn some of that energy. After several weeks of feeling winded from running half a block to catch them, I knew it was time for change. I just didn’t know how to actually do it.

So Mrs. Dude and I started going for power walks in the evenings through our hilly neighborhood. At first I thought I was going to collapse after 10 minutes, but it got incrementally easier the more often we did it and before long we were averaging about 2 ½ miles. The problem was consistency, as my exercise frequency varied between zero and 2 or 3 times per week. Finding the time, or rather making the time, to exercise can be challenging. It can also be daunting to someone like me who’s never really had much fitness experience or education. 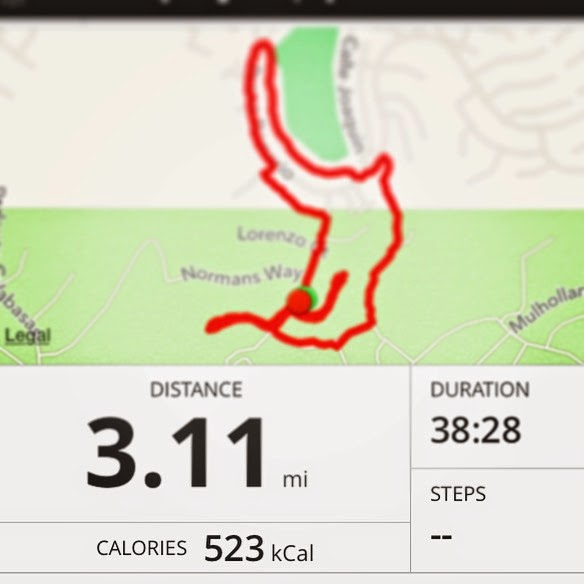 So with my almost-big birthday looming and having committed to running the Avengers 5K, I had to figure some things out quickly. And not the least of which was how was this lifelong night owl going to run a race at 5:30am! I knew that my workout inconsistency had to change. I figured that if nothing else I could at least walk the 5K course, but my goal quickly became more than that. I didn’t know how to quantify my goal, but I knew I needed to do a couple practice 5Ks to gauge things. I figured with 9 days to go, I could fit in 3 or 4 trial runs before the actual event.

So that night I set out alone in the dark to figure out how to prep for a 5K. It had been almost a month since my last vigorous exercise, but I wasn’t quite starting from scratch. I knew that 5K equals 3.1 miles and using the “Map My Walk” iPhone app, I started walking until I reached that distance. Up, down and around my neighborhood I watched the app’s odometer inch upward, seemingly very slowly, until I returned home a wheezing, sweaty mess. But I’d done it. I’d now completed a real 5K via a hybrid of mostly walking with bursts of running interspersed throughout.


Five more times over the next week I did the same thing and despite varying the course on every occurrence, on each instance my overall time improved. I was feeling good about my prospects in the race and, more importantly, also about myself. With only a few calendar ticks remaining until I began the last year of my 30s, I was on a mission for my family and myself. Avengers 5K and Disneyland, here I come…
To Be Continued

Disclaimer: I was invited by RunDisney to participate in their Avengers 5K race weekend. All opinions and ideas expressed in this post are mine alone, for better or worse.